NEW YORK and TORONTO, Oct. 18, 2018 /PRNewswire/ - iAnthus Capital Holdings, Inc. ("iAnthus" or the "Company"), (CSE: IAN, OTCQX: ITHUF), and MPX Bioceutical Corporation ("MPX") (CSE: MPX; OTC:MPXEF) announced today that both companies have signed an arrangement agreement (the "Agreement") pursuant to which iAnthus will combine with MPX in an all-stock transaction with offered equity consideration to MPX shareholders valued at $835 million before giving effect to MPX International (defined below) and assuming all of MPX's dilutive securities are exercised prior to the completion of the transaction. The Agreement represents the first public to public merger transaction in U.S. cannabis history.

The Agreement provides that MPX shareholders will be entitled to receive 0.1673 common shares of iAnthus for each common share of MPX held (the "Exchange Ratio"), representing a consideration of approximately $1.28 per MPX common share, a premium of 30.6% based on the closing price of iAnthus and MPX common shares on October 17, 2018. In addition, each MPX shareholder will receive common shares of the newly formed MPX International which will hold all of the non-U.S. businesses of MPX. MPX International will apply to list on the Canadian Securities Exchange (the "CSE") with the listing to occur contemporaneously with closing of the transaction. All references to currency are in Canadian dollars.

The combined company, excluding MPX International, will encompass operations and cannabis licenses in 10 states that will permit iAnthus to operate 56 retail locations and 14 cultivation/processing facilities. As a result of the transaction, iAnthus will add retail and/or production capabilities in Arizona, Maryland, Nevada, California and Massachusetts. These additional licenses complement iAnthus' existing assets in New York, Florida, Massachusetts, Vermont, Colorado, and New Mexico, forming super-regional footprints in both the eastern and western United States.

The 10 states combined are projected to generate approximately $16.2 billion in yearly cannabis sales by 2022, according to Arcview Market Research and BDS Analytics.

"This is a watershed moment for iAnthus, as we nearly double the size of our national footprint in the United States. iAnthus will be uniquely positioned for success on the U.S. East Coast, while solidifying our cultivation and retail presence with the additions of California, Nevada, Maryland and Arizona," said Hadley Ford, CEO of iAnthus. "Since its inception, iAnthus has been strategically focused on building scale, and this announcement crystallizes our positioning as one of the largest multi-state operators in North America."

"MPX is committed to providing the strongest value possible to our shareholders, and we feel that working with a best-in-class operator like iAnthus provides us with the best opportunity to achieve that goal," said Scott Boyes, Chief Executive Officer of MPX.  "The nascent U.S. cannabis market is still in a land-grab phase, and we feel that our footprint when combined with iAnthus, provides our investors with the strongest possible exposure to this explosive marketplace."

"The U.S. cannabis market depends on three key factors for success:  scale, access to capital and great people to make it all work," said Mr. Ford.  "This acquisition improves our position in all three. We are especially thrilled to have Beth Stavola, an early pioneer and visionary in the industry, join our board and senior leadership."

"The ability for the combined company to sell products across 10 states with an addressable market of 112 million people, combined with the shared management philosophy of driving best practices across all our operations, was key to my excitement about joining forces," said Beth Stavola, Chief Operations Officer of MPX, who will become Chief Strategy Officer and Director of the resulting company.  "The opportunity in front of us is enormous."

Directors and officers of iAnthus and MPX have entered into support agreements pursuant to which they have agreed to vote their shares in favour of the Agreement. Upon completion of the transaction, the board of directors of the combined company will be increased to 7 directors, with 3 directors being nominated by MPX.

The Agreement will be carried out by way of plan of arrangement under the Business Corporations Act (British Columbia) and will require the approval of at least 66 2/3% of the votes cast by MPX shareholders at a special meeting expected to take place in January 2019.

Closing remains subject to approval of the shareholders of MPX, court approval, the approval of the CSE, applicable regulatory approvals and the satisfaction of certain other closing conditions customary in transactions of this nature.

Further information regarding the transaction will be included in the information circular MPX will prepare, file, and mail in due course to its shareholders in connection with MPX's special meetings to be held to consider the Agreement. The Agreement will be filed on the SEDAR profiles of iAnthus and MPX on the SEDAR website at www.sedar.com.

GMP is acting as the exclusive financial advisor to iAnthus with McMillan LLP acting as legal counsel to the Company.

Echelon is acting as the exclusive financial advisor to the special committee of the board of directors of MPX.

iAnthus and MPX will host a joint conference call to discuss the transaction on October 18, 2018 at 9:00am ET. A copy of the presentation can be found on iAnthus' website at www.ianthuscapital.com.

MPX, through its wholly-owned subsidiaries in the U.S., provides substantial management, staffing, procurement, advisory, financial, real estate rental, logistics and administrative services to three medicinal cannabis enterprises in Arizona operating under the Health for Life (dispensaries) and the award-winning Melting Point Extracts (high-margin concentrates wholesale) brands. The successful Health for Life brand operates in the rapidly growing Phoenix Metropolitan Statistical Area. With the acquisition of The Holistic Center, MPX added another operating medical cannabis enterprise to its footprint in Arizona.

GreenMart of Nevada NLV, LLC ("GreenMart NV") is an award-winning licensed cultivation, production and wholesale business, licensed for both the medical and "adult use" sectors in Las Vegas, Nevada, and is already selling wholesale into the Nevada medical cannabis market. GreenMart NV has also optioned suitable locations and intends to enter the higher-margin retail arena by applying for at least two dispensary licenses in the Las Vegas market which will operate under the "Health for Life" brand.

Statements in this news release that are forward-looking statements are subject to various risks and uncertainties concerning the specific factors disclosed here and elsewhere in iAnthus' periodic filings with Canadian securities regulators. When used in this news release, words such as "will, could, plan, estimate, expect, intend, may, potential, believe, should," and similar expressions, are forward-looking statements.

Forward-looking statements may include, without limitation, statements including market projections, total retail footprint, projections on federal legislation, anticipated closing date of the transaction, the listing of MPX International and other statements of fact.

Although iAnthus has attempted to identify important factors that could cause actual results, performance or achievements to differ materially from those contained in the forward-looking statements, there can be other factors that cause results, performance or achievements not to be as anticipated, estimated or intended, including, but not limited to: dependence on obtaining regulatory approvals; investing in target companies or projects which have limited or no operating history and are engaged in activities currently considered illegal under US Federal laws; change in laws; limited operating history; reliance on management; requirements for additional financing; competition; hindering market growth and state adoption due to inconsistent public opinion and perception of the medical-use and adult-use marijuana industry and; regulatory or political change.

There can be no assurance that such information will prove to be accurate or that management's expectations or estimates of future developments, circumstances or results will materialize. As a result of these risks and uncertainties, the results or events predicted in these forward-looking statements may differ materially from actual results or events.

Accordingly, readers should not place undue reliance on forward-looking statements. The forward-looking statements in this news release are made as of the date of this release. iAnthus disclaims any intention or obligation to update or revise such information, except as required by applicable law, and iAnthus does not assume any liability for disclosure relating to any other company mentioned herein.

The Canadian Securities Exchange has not reviewed, approved or disapproved the content of this news release. 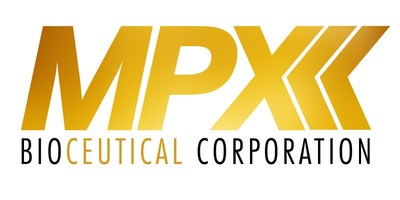